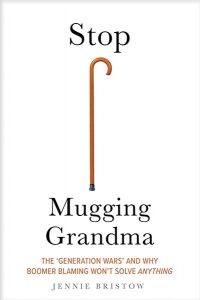 Millennials have been incited to regard their parents’ generation as entitled and selfish, and to blame the Baby Boomers of the Sixties for the cultural and economic problems of today. But is it true that young people have been victimized by their elders?

In this book, Jennie Bristow looks at generational labels and the groups of people they apply to. Bristow argues that the prominence and popularity of terms like ‘Baby Boomer’, ‘Millennial’ and ‘snowflake’ in mainstream media operates as a smoke screen – directing attention away from important issues such as housing, education, pensions, and employment. Bristow systematically disputes the myths that surround the ‘generational war’, exposing it to be a tool by which the political and social elite can avoid public scrutiny.

“A wide-ranging and thoughtful look at contemporary society … Eminently readable without sacrificing sophistication, many of Bristow’s views will be controversial and likely to spark further debate.” – Doug Owram, author of Born at the Right Time: A History of the Baby Boom Generation.

“Pitching young people against the old is unhelpful to us all, yet policymakers and journalists are increasingly looking to the blame game. Bristow expertly argues that the inter-generational contract is at risk — young and old must come together to tackle the issues of this generation and the next.” – David Sinclair, Director of the International Longevity Centre UK.

“A searing and spot on critique of the political hijacking of the generation debate.” – Steven Roberts, Associate Professor of Sociology at Monash University. 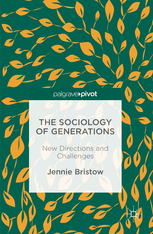 THE SOCIOLOGY OF GENERATIONS
New Directions and Challenges

This book suggests that the enduring problem of generations remains that of knowledge: how society conceptualises the relationship between past, present and future, and the ways in which this is transmitted by adults to the young. Reflecting on Mannheim’s seminal essay ‘The Problem of Generations’, Bristow explores why generations have become a focus for academic interest and policy developments today. She argues that developments in education, teaching and parenting culture seek to resolve tensions of our present-day risk society through imposing an artificial distance between the generations.

“An engagingly written and impressively resourced book which brings together historical, literary and ethnographic material on formal education and policies on gender, parenting and the ‘safeguarding’ of children – topics rarely considered together. The author holds her novel and ambitious thesis together by locating it within Karl Mannheim’s renowned but neglected theory of generations. She brings out clearly how it was, for him, an example of the potential of the sociology of knowledge.” – Michael Young, UCL Institute of Education, UK

“Popular usage of the term “generation” tends to be characterised by opacity and imprecision, and the sociology of generations is hardly less murky and contested. The same can be said of public discussion and academic consideration of problems and issues around education, teaching, child protection and safeguarding, parenting and the family, living with uncertainty and risk, gender relationships and reproduction, and bureaucratic and governmental incursions into the personal and private sphere. This short book bravely takes on these issues and more, through a discussion of the idea and reality of generations situated firmly in the sociology of knowledge … Building on refreshingly eclectic sources and ideas, Jennie Bristow offers an engaging discussion of some fundamental issues.” – Heather Piper, Honorary Fellow, University of Edinburgh, UK 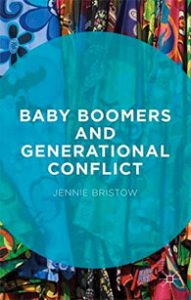 The dominant cultural script for Baby Boomers is that they have ‘had it all’ – the benefits of a booming economy, the welfare state, and personal freedoms – thereby depriving younger generations of the opportunity to create a life for themselves. Bristow provides a critical account of this discourse by locating the problematisation of the Baby Boomers within a reductive ‘demographic consciousness’, and an ongoing ambivalence about the legacy of the Sixties.

At the heart of generational conflict is the mediation between past, present, and future: where society is preserved and made anew by the interaction between emerging adults and the existing cultural heritage. However, this process of cultural renewal is situated within people, who also exist within intimate relationships. This book critiques the troubling consequences of ‘Boomer blaming’ for the construction of knowledge, the focus of social policy, and the experience of generational contact.

“Like the fabled blind men trying to grasp the nature of an elephant, commentators on both sides of the Atlantic have struggled to understand the significance of the baby boomers, at different times offering very different, sometimes contradictory interpretations. By telling this fascinating story, Jennie Bristow offers a model for a symbolic demography that critically explores how and why we assign meanings to generations.” – Joel Best, University of Delaware, USA

“Scan the cultural and political landscape today and it’s hard not to conclude that Western society is experiencing a pronounced blurring of generational standards. The current furore over the ‘Baby Boomer generation’ only adds to this perception. Jennie Bristow’s new book brings much needed clarity to all this generational confusion, and does so with no small amount of insight and flair. Required reading for social scientists looking for a considered introduction to ‘generationalism’, or anyone heading for retirement who wants to avoid a future of nonsensical stigmatisation.” – Professor Keith Hayward, University of Kent, UK. 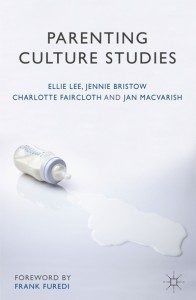 Why do we live at a time when the minutiae of how parents raise their children – how they feed them, talk to them, play with them or discipline them – have become routine sources of public debate and policy making? Why are there now so-called ‘parenting experts’, and social movements like Attachment Parenting, telling us that ‘science says’ what parents do is the cause of and solution to social problems?

Parenting Culture Studies provides in-depth answers to these features of contemporary social life drawing on a wide range of sources from sociology, history, anthropology, psychology and policy studies to do so, covering developments in both Europe and North America. Key chapters cover the ‘intensification of parenting’, the rise of the ‘parenting expert’, the politicizing of parent-child relationships, and the weakening of bonds between generations.

Five essays detail contemporary examples of obsessions with parenting, discussing drinking and pregnancy, attachment theory, neuroscience and family policy, fathering, and ‘helicopter parenting’. The Introduction situates parental determinism in the wider context of risk consciousness and the demise of social confidence about how to approach the future. Comprehensive in scope and accessibly written, this book will be an indispensable resource for students, researchers, policy-makers and parents seeking a deeper understanding of the debates surrounding parenting and society today.

Watch the authors talk about the book.

“These essays represent a sophisticated and courageous examination of parenting orthodoxies that have passed too easily into fact…. Sober, trenchant, witty and important.” – Zoe Williams, The Guardian

“The authors of this timely collection are in the forefront of analyses of contemporary parenting. The discourses and practices of parenting are rarely held up for sustained critique. Readers of this book will be challenged to question the politics and rationales of parenting cultures in this provocative and cogently argued book.” – Deborah Lupton, University of Sydney, Australia

“This terrific collection of essays probes and destroys many of the reigning orthodoxies that have turned 21st century parenting into an activity marked by cultural and individual anxiety and the over-involvement of experts and policymakers. The scholars contributing to this volume together make a profound contribution to the study of parenting culture.” – Janet Golden, Rutgers University, USA

Read a review of the book by Stephanie Knaak on the Huffington Post, this from Nancy McDermott on spiked, this from Brid Hehir in Community Practitioner or this from Katie Dow in the Times Higher. 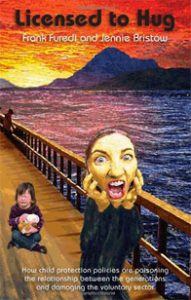 This book argues that the dramatic escalation of child protection measures has succeeded in poisoning the relationship between the generations, creating an atmosphere of suspicion that actually increases the risks to children.

Children need to have contact with a range of adult members of the community for their education and socialisation, but as Frank Furedi and Jennie Bristow argue, ‘this form of collaboration, which has traditionally underpinned intergenerational relationships, is now threatened by a regime that insists that adult/child encounters must be mediated through a security check’.

In the UK, the Safeguarding Vulnerable Groups Act 2006 requires that, from October 2009, 11.3million people – over one quarter of the adult population of England – must have their criminal records checked in order to work, even as a volunteer.

Instead of creating an atmosphere of fear and suspicion, Licensed to Hug suggests that we need to ‘halt the juggernaut of regulation’ and, instead, behave as if the majority of adults have no predatory attitudes towards children but, on the contrary, can be relied on to help them. 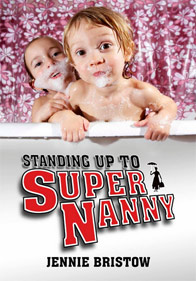 STANDING UP TO SUPERNANNY

Parenthood, we are told, requires a massive adjustment to our lives, emotions, and relationships, and we have to be taught how to deal with that. But can it really be so bad that we need constant counselling and parenting classes? It is a myth that today’s parents are hopeless and lazy: in many ways, we have become too diligent, too hopeful of great outcomes and clear rewards, to the point where we lose ourselves in trying to provide some kind of professional service to our children. The current obsession with perfect parenting increases our insecurity and distrust of each other, and diminishes our authority over our kids. This book is about asking: Why have we invited Supernanny into our living rooms – and how can we kick her out?

Powered by WordPress  |  Rethink by InkThemes.